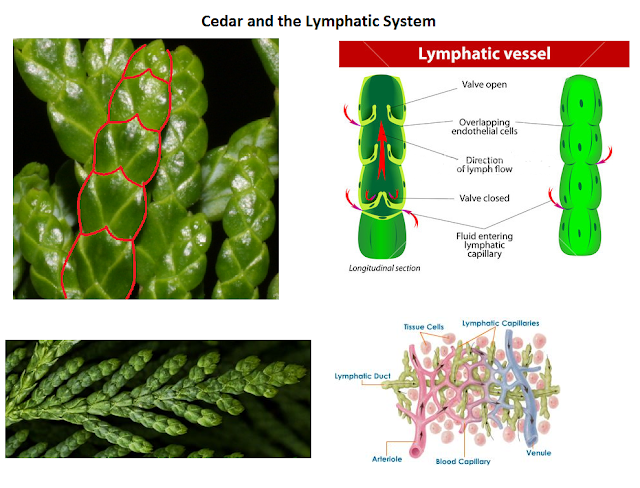 Cedar – One of the oldest living trees in the world, known to be over 1700 years old (core samples). Cedar bough tea is used as an immune system tonic, it contains everything your immune system needs to repair and strengthen.

One special feature of cedar bough tea is that it purges the lymphatic system. When ailed by a virus or sickness, lymph nodes fill up and swell, causing discomfort, cedar purges the lymph nodes making more room for them to collect more waste, making your body extremely effective at getting rid of all this garbage. This is why you get better so quick when using cedar tea.

You only get rid of junk 3 ways: poop, pee, sweat. How does your body get rid of waste via sweat? Lymphatic system. The one system in our bodies that we know relatively little about. This system weaves in and around blood capillaries and lives in the 'dead space' collecting waste that it sends through lymphatic vessels until it is eliminated through your skin via sweat.

It truly is one of the most powerful ways to eliminate waste, and we do not take advantage of it. We wake up in an air conditioned house, we turn the car on, that already has the AC on HIGH, from inside and when we think its cold enough inside the car we sprint from inside and hop in the cold car, drive to our air conditioned work and when we get there we say: “Woo, thank God I almost started to sweat!” Then we go from work to our pre-cooled air conditioned car to our air conditioned home. We don't sweat anymore, at least not the way we used to. Those farming days where there was no escape from the blistering 40 degree summers when work still had to be done. We are doing everything we can these days to force our lymphatic system into lethargy.

Within the context of being a lymphatic system medicine, I don't think that cedar tea ingested is not the intended use, here is why: Before the industrialization of soaps, we used plant-based medicine tea to have sponge/basin baths! What happens when you use cedar tea to bathe? It purges your lymph vessles and nodes, relieving your skin of this constant slow leech of toxins and garbage that is slowly secreted onto the surface of your skin which is the cause of a ton of problems.

This reason alone is reason enough to adopt this way of bathing and never turning back, given the epidemic of skin conditions. 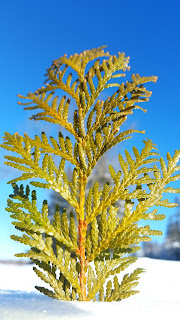 Cedar also is an extreme diaphoretic, meaning it makes you sweat. What this means for your skin is that when the cedar tea soaked cloth grazes by your skin it competely opens every pore on your skin and sucks out water, sweat, basically pressure washing each and every pore on your skin, making and keeping your skin so clean and clear, that it takes days, almost a week to get dirty enough to have to bathe again, not to mention the lack of body odor. Versus soap which closes and even deposits junk into the pore clogging it and creating a ton of tiny infections. This would be enough for every woman on the planet to never look back. Ceder oils have benefits in it that carry into the tea that you clean yourself with these oils in it are anti-bacterial, anti-septic, anti-viral, anti-microbial, anti-pruretic, anti-fungal, anti-anti-anti-everything.

Body washs are designed by man, and they are only meant to only get you through the work day (so by the weeks end you have to buy another bottle), plant based medicine is designed by the Creator of the universe, made to heal you, and keep you strong, healthy and cleaner than ever before!

What makes cedar different than all of the other trees around it, what makes it unique, what is its signature? Its an evergreen! What separates it from evergreens? Its leaves are flat and scaly, they are not needles. Lets take a closer look at those flat green scaly looking leaves and see what they have to say.

Talk to any biologist on the planet and ask him why cedar has all these grooves in the scaly looking leaves, what purpose do they serve? None, is a quick honest answer. The only way you can make sense of this style of leaf is that it has been created to show you that it looks like the lymphatic vessels in your body. Lymphatic vessels have the same branching pattern, they are flat, green, scaly and have valves to prevent back-flow, every vessel always ends 'open' because its designed to eliminate waste out. Every single cedar leaf has the same valves and they always end open! This is a signature from the Creator of the universe to show us and confirm with us that this plant is meant to heal our lymphatic system.

Now these are not the only amazing things about cedar. When you are under attack your body first sends guard cells;

Kurzgesagt - In a NutShell (The Immune-System Explained)

These are big boogery balls that slowly float around your body engulfing and consuming bad guys, pretty much exactly like the (horrible) 1988 film, The Blob. These cells also have secondary duties, like to call in water to the site to immobilize the infection to make their job easier.

These are fast living, destructive and extremely aggressive zippy little cells that basically spray acid everywhere in attempt to kill invaders. These are actually what create the color of 'infection' the green color are living neutrophils, the yellow color is dead neutrophils.

When these two wondrous parts of your immune system are becoming overwhelmed by the virus/bacteria they send out signals that are calling for backup. Dendritic cells hear the plea and jump into action.

These cells go into the warzone and collects intelligence. One of the main decisions that it has to make is whether infection is a bacteria, virus or fungi? Once this decision is made it travels into a lymph node where thousands of helper and killer T cells are sleeping. It bursts in presents the intelligence it collected from the field.

Thousands and thousands of these cells are soundly sleeping in their home, lymph nodes. When a dendritic cell comes into the lymph node it wakes them all up desperate for help. The dendritic cell teaches them how to kill the enemy, but the training is to rigorous and sometimes less than 20% survive.

Then dendritic cells scour the lymph node finding all helper T cells that survived the training as soon as it confirms they are ready for action the helper T cells start wildly duplicating. Some turn into memory T cells, they kind of go back to sleep inside the lymph node until you need this particular set of intelligence yet, AKA immunity. Some go to the field of battle and some go around the lymph node to B cells.

T cells roam around delivering all their intelligence and training to B cells. B cells take it all in and they know exactly what to do. They create millions of antibodies that flood the body. They work so hard shooting these antibodies all over your body that they get really tired really quick, but helper T cells come and encourage the B cells to keep going, to keep shooting.

The most powerful part of your immune system. Billions of these clever little bullets will flood the battlefield connecting to the membrane and backs of bacterias and viruses. Immobilizing and weakening them, making them more tasty to the big blubbery macrophages that come and eat them all. Antibodies create the environment needed to triumph.

Natural killer cells go around to find infected cells and order them to die.

Now what happens in most of us is we don't sleep enough, we don't eat the right foods, were too stressed out and everything sucks all of the time! So our immune system has trouble operating the way that it should. It becomes rather lethargic, slow and sluggish. We live in a society today that accepts when our kids get sick in October, its okay, they will get better in May, thats the way it is, thats what happens when they are in school, etc etc.
When we get infected out B cells are collecting improper intelligence, there is no helper T cells encouraging everyone and improper antibodies are made which allows the infection to persist for weeks. What we need is to stimulate our immune system. We need to wake it up, give it a good shaking and a coffee so it does its job.

Cedar has an amazing compound in it called Thujone that stimulates your immune system like mad. When you are having cedar tea your immune system has 30% more macrophages, 7% more lymphocytes (Killer T, Helper T) and the dendritic cells collect their intelligence needed, faster, and deliver it to B cells and T cells in half the time, Thujone also throws B cells into overdrive which administer multiple times the amount of antibodies.

So what happens when you drink cedar tea everyday? You most often get better before you even feel sick.

What happens when you start to have cedar tea once you already feel sick, you simply get better in record time.

My community has a living memory of always having a giant pot of cedar tea on the stove all the time, the importance of this tree is immense. The benefits of the bath and the teas influence on your immune system should be enough for you to be clawing at a cup a day. But it doesn't end there.

First Nations people have a crappy respiratory tract. You ever wonder why when H1N1 was going around, we were a priority for the vaccine? I think it was children, elders and first nations. Could it be because the government and Health Canada were making sure they were taking care of their first peoples? Well, that would be nice, and a first, but the real reason why is because they were legally obligated.

Because of our terrible respiratory tract. They know this and so, with knowledge comes responsibility. They had to take care of this.

What do I mean when our respiratory tract is lame? Its because it had an environmental line of defence against invaders like viruses, bacteria and fungi. This line of defence was salt. We came from the coast. We came from an area where breathing was medicine, all that salt water. Go to the coast and see if you can find someone that has a sinus infection, it wont happen. They even make commercials to advertise salt water in aerosol canisters to spray up your nose.

Normal respiratory tracts have a simple first line of defense, this is just being smooth. Too smooth for bacteria, viruses and fungi to adhere to. Now when we came from the coast with our lumpy bumpy respiratory tracts we are much more at risk for infection in this part of our body.

Is there a way to make our respiratory tract smooth like everyone elses? YES! Its called cedar. Cedar induces somatic genetic mutation specifically to the lungs, making them smooth again.

Hopefully this is enough information to keep a giant pot on the stove at all times! 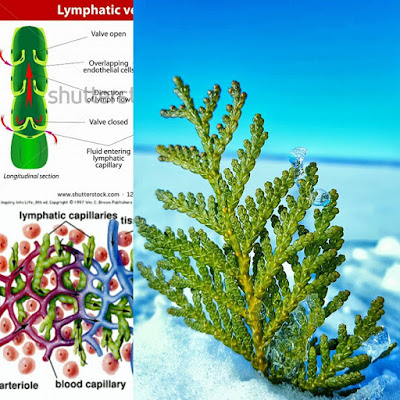 Posted by Creators Garden at 05:56